What is Vervain? Learn About Its History and Uses 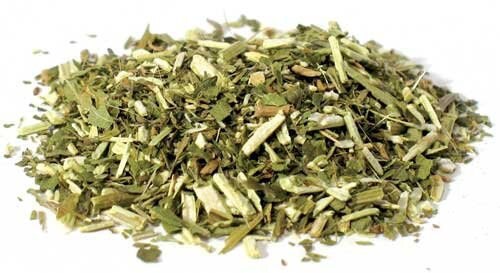 Vervain is a flowering plant that is found in Europe, Australia and the United States. It is also known as, Verbena, Herb of the Cross, Herb of Grace, Pigeon’s Grass, and the Enchanter’s Plant. The plant grows upright to approximately two feet high, with little spikes that hold the flower clusters.

If you are a fan of the recent pop culture trend regarding vampires, you’ve probably heard of Vervain. In the Vampire Diaries, Vervain, that grew at the base of a White Oak Tree, was used as protection from the local vampires. Amazingly, the television writers weren’t that far off. Vervain is an ancient plant that was once used to ward off witches and evil spirits.

Ironically, witches also revered Vervain, often using it in their magic, including love potions. This is a practice that was continued by many rural folk healers in America. Witches also used Vervain in wine on Samhain to help contact their dearly departed loved ones.

Romans would place Vervain on alters to honour the goddess, Diana. They also used it in many purification rituals. Water would be made with Vervain and used as a cleansing bath to prepare someone for ritualistic work.

The Druids considered it to be sacred and would only gather it on moonless nights,when Sirius was rising. They were careful to never touch it as they gathered the plant in iron pots.

Early Christians called Vervain, The Herb of the Cross, believing it stopped Jesus from bleeding while he was hanging on the cross. Later, believers would wear necklaces with Vervain, hang it in their homes, over stable doors, and grow it amongst their crops to help ward off evil.

Vervain, used as an oil, is used to anoint the third eye chakra and an help with calling on Higher Beings for strength.

Vervain, used as an incense, is considered powerful for its ability to attract Angels. Angels are said to react strongly to the protective nature of Vervain.   Vervain has also been used to treat a number of maladies, including insomnia, headaches, and painful or bleeding gums.

Steeping the herb as a tea can sooth and help to relieve anxiety and stress, but remember, it is a very bitter herb. Adding the tea to a fresh bath can help ease aching muscles and sooth the skin.

You can make a salve with Vervain to help treat bruises, insect bites, and eczema. It can also help with the swelling that comes with sprains.

The quickest method for making herbal salve combines the infusion and salve-mixing steps into one:  Combine your herbs and oil to cover in a saucepan, or preferably a double-boiler to prevent scorching. Simmer for about half an hour (don't overheat). Add melted beeswax (about 1/4 cup per cup of oil) to the oil. Store your salve in a glass container with a tight lid, preferably in a dark cupboard where the temperature doesn’t vary too much.

As with anything, you should contact a medical professional before using any herbs or supplements.

©   Sara Allen Stewart  Sara Allen Stewart developed a love for crystals, stones, fossils, and gemstones the first time her Aunt Alice took her to a rock and mineral show. Since then, her collection has grown, as well as her education about the history and folklore behind them. She is a published fiction author often who uses this knowledge in her writing.