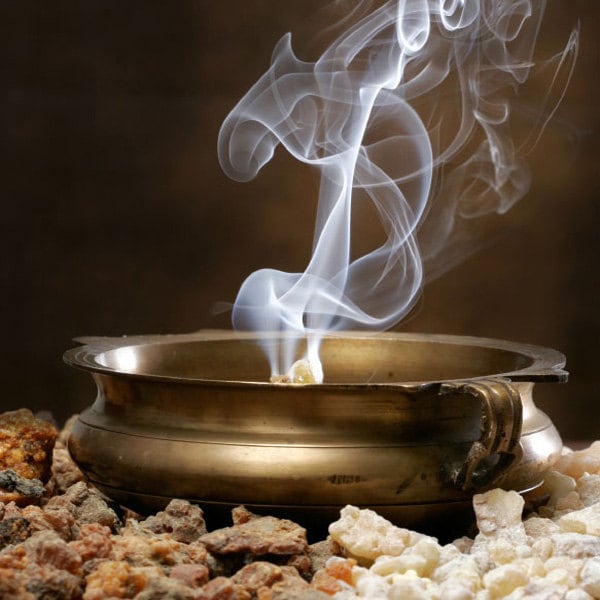 If it’s not broke, then don’t fix it. Some of the best natural medicines have been around for thousands, and in this case billions of years. Frankincense and myrrh are most commonly known as the gifts of the Magi in the biblical story of Jesus.  At the time (around 5 B.C.) frankincense and myrrh were worth more than their weight in gold. Their antibacterial and medicinal properties were highly coveted.

In ancient Rome and Greece, frankincense was burned as an offering to various deities and was most often used in association with remembering the dead. In Egypt, it was used in embalming because of its antibacterial and deodorizing properties that masked the odor of the body and prevented decay.  It was, and still is, used as an anointing oil in many religious ceremonies.

Frankincense and myrrh are harvested from the hardened sap of trees.

Frankincense comes from the Boswellia tree which grows in the cool arid climate of the Arabian Peninsula, East Africa and India. Myrrh comes from the Commiphora tree which is native to northeast Africa. The process for extracting the sap from both of these trees is the same. Large slashes are made into the bark of the trees and the hardened beads that are “bled” are used in resin form. Then they can be made into a tincture or oil.

Myrrh’s medicinal properties can be used in the relief of a variety of ailments including ulcers, colds, cough, asthma, lung congestion, arthritis pain, cancer, leprosy, spasms, and syphilis, not to mention gingivitis (probably pretty common before toothbrushes were invented). Its antibacterial properties are highly potent.

If you distil the resin of frankincense, it can be used as perfume and in cosmetics. The spicy, warm, piney scent of frankincense can also be used in meditation as a calming, centering and visualization agent. When applied topically it can slow the signs of aging, reduce the visibility of scars and speed healing in minor wounds.

Here are just two of the many ways you can use frankincense and myrrh:

Place beads in the jar and cover with alcohol and place in an area that gets direct sunlight. After a few weeks strain the liquid and store in a colored glass bottle. Keep the bottle in a cool, dry dark place.

Directions:  Heat olive oil, coconut oil, beeswax and shea butter on medium heat in a double boiler. Once mixed remove from the heat and allow to cool until if forms a solid. Then with a mixer beat the hardened oils until they are whipped. Add the oils and vitamin e. Place in container and store in cool place.

Previous Post What is Diopside? Learn More About Its Uses, Meaning and History
Next Post Flower of Jericho, The Magic Plant
0 items in your cart