Where Do Dreamcatchers Come From? 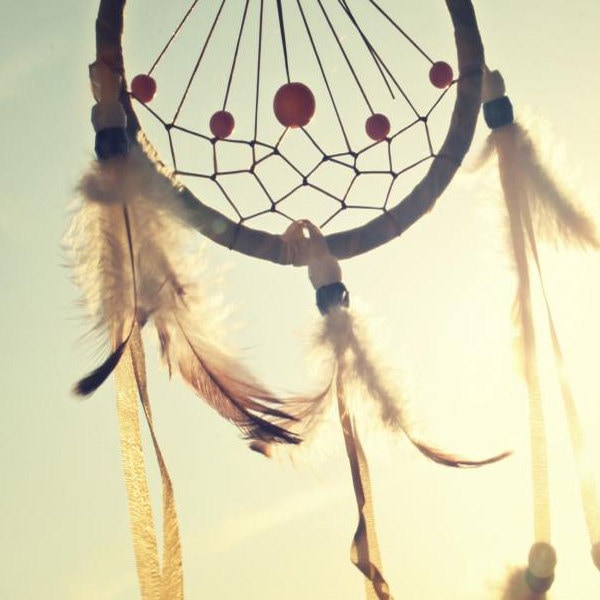 Dreamcatchers can be found nearly anywhere in the United States, but few know where they originated from, or their true purpose.

While many tribes are now associated with Dreamcatchers, they began with the Ojibwa and Lakota. When several different tribes came together in the 1960’s and 70’s (the Pan-Indian Movement), the tradition spread and they came to be seen as symbol of unity among various nations.

It is believed that it began with Ojibwa and passed to the Lakota through intermarriage between the tribes. The main difference is the Ojibwa believe good dreams pass through the hoop while Lakota believe the webbing catches the good dreams and the center hole allows bad dreams to escape.

The legend goes, Asibikaashi (Spider Woman) brought the sun back to the world every morning. When the Ojibwe Nation grew and spread across the lands, Asibikashi found it difficult to make the journey to greet all of her people. Wanting to protect her people, especially the children who had no defenses against the evil spirits who lurk in dreams, she instructed the women to weave magical webs for their children and grandchildren. She told them to make the hoops from branches of the red willow tree and to hang them where they would see the sun’s first light. The good dreams pass through the center of the Dreamcatcher, travel down the feather, and into the minds of sleeping children. The bad dreams are caught in the webbing and destroyed by the sun’s light.

Adult Dreamcatchers are made from strong fibers and often wound with leather. They do not have a feather, as adult Ojibwa often carry a feather on their person. Sometimes stones are woven into the Dreamcatcher, a single stone represents Asibikaashi, while many stones, or hanging stones, may represent good dreams that became trapped during the night.

The popularization of Dreamcatchers has taken away from their spiritual meaning and history. They were originally small, two or three inches in diameter, and blessed by a Shaman. It isn’t always easy to find a Shaman these days, so, if you are making your own, use materials that are sacred or call to you.

I am currently designing one that will use hair from the mane of my horse, an animal sacred to many Indigenous tribes, leather from an old wallet my dad made, and fur from many of the beautiful animals who have blessed me by sharing their lives with me. I will probably use a Snowflake Obsidian stone to represent Asibkaashi, as it helps to remove negativity and has always been a favourite of mine.

Sara Allen Stewart developed a love for crystals, stones, fossils, and gemstones the first time her Aunt Alice took her to a rock and mineral show. Since then, her collection has grown, as well as her education about the history and folklore behind them. She is a published fiction author often who uses this knowledge in her writing.

Previous Post Tips for Achieving Sobriety Through the Use of Amethyst, the World's Most Popular Purple Crystal
Next Post What is Unakite? Learn More About This Powerful Crystal, its Properties, Meaning, and Uses
0 items in your cart