Encyclopedia of Norse and Germanic Folklore, Mythology, and Magic by Claude Lecouteux, 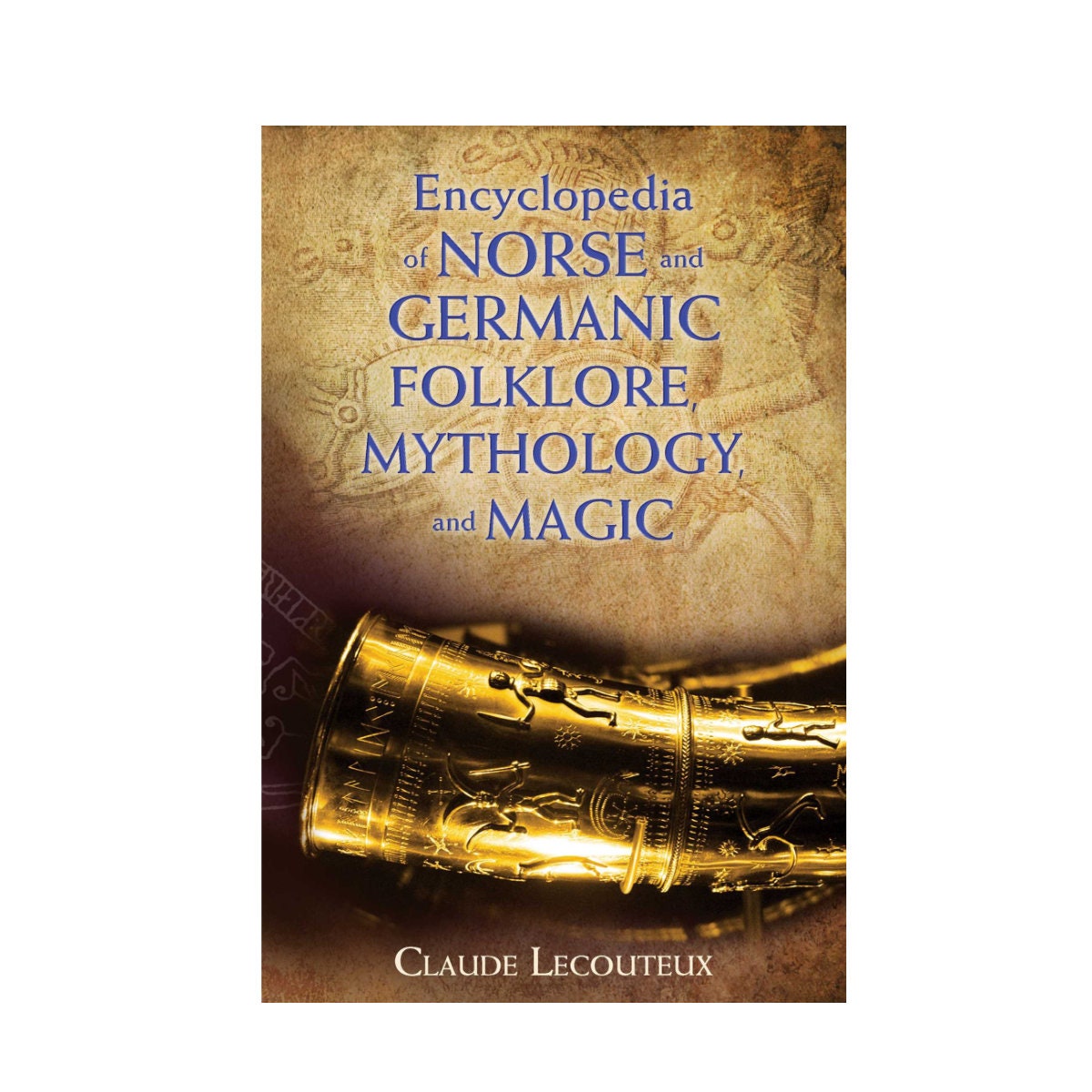 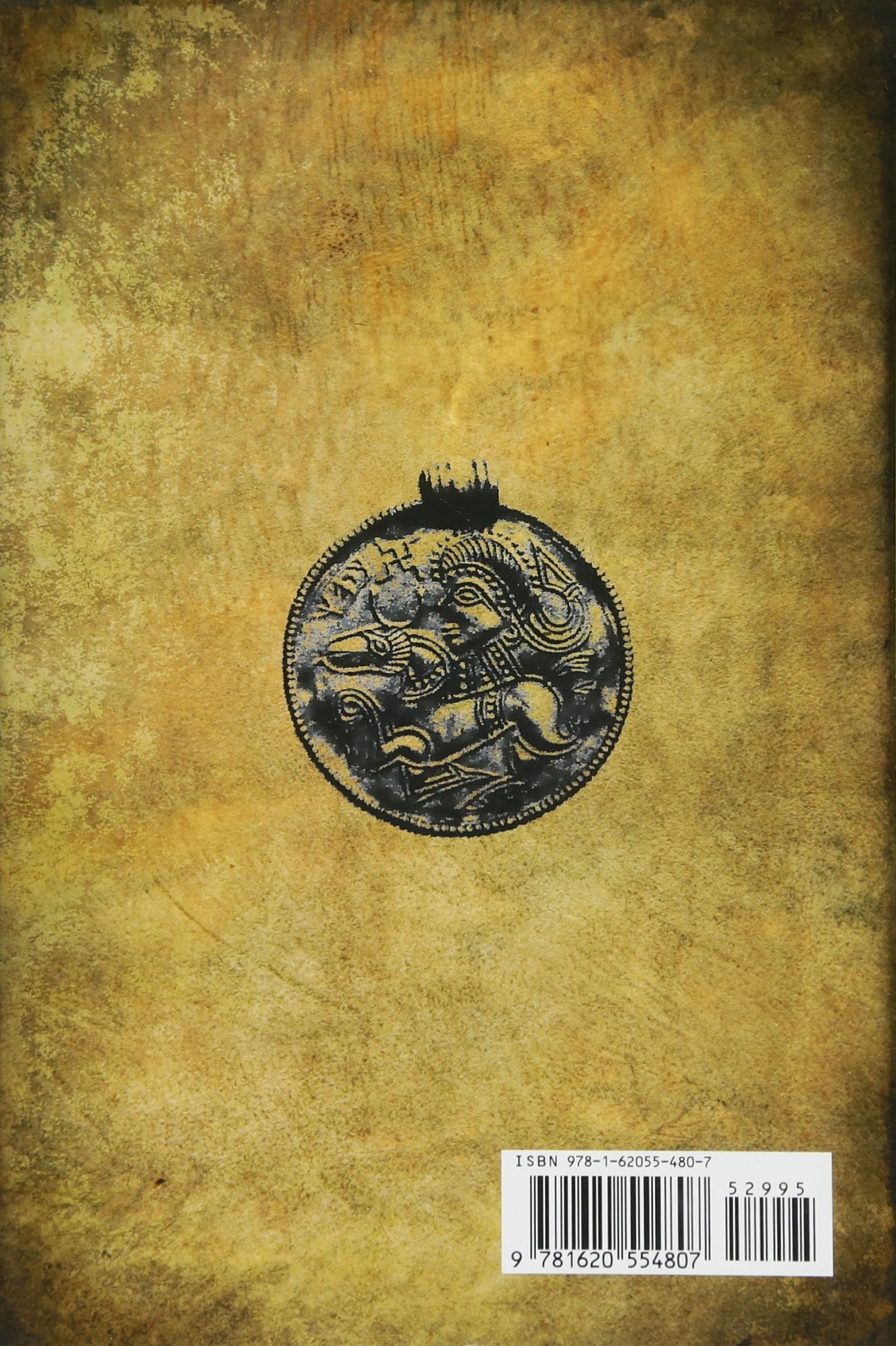 A thorough reference to the many deities, magical beings, mythical places, and ancient customs of the Norse and Germanic regions of Europe

• Explores the legends and origins of well-known gods and figures such as Odin, Thor, Krampus, and the Valkyries, as well as a broad range of magical beings such as the Elf King, the Lorelei, the Perchten, dwarves, trolls, and giants

• Draws upon a wealth of well-known and rare sources, such as the Poetic Edda and The Deeds of the Danes by Saxo Grammaticus

The legends of the Norse and Germanic regions of Europe--spanning from Germany and Austria across Scandinavia to Iceland and England--include a broad range of mythical characters and places, from Odin and Thor, to berserkers and Valhalla, to the Valkyries and Krampus. In this encyclopedia, Claude Lecouteux explores the origins, connections, and tales behind many gods, goddesses, magical beings, rituals, folk customs, and mythical places of Norse and Germanic tradition.

More than a reference to the Aesir and the Vanir pantheons, this encyclopedia draws upon a wealth of well-known and rare sources, such as the Poetic Edda, the Saga of Ynglingar by Snorri Sturluson, and The Deeds of the Danes by Saxo Grammaticus. Beyond the famous and infamous Norse gods and goddesses, Lecouteux also provides information on lesser-known figures from ancient Germanic pagan tradition such as the Elf King, the Lorelei, the Perchten, land spirits, fairies, dwarves, trolls, goblins, bogeymen, giants, and many other beings who roam the wild, as well as lengthy articles on well-known figures and events such as Siegfried (Sigurd in Norse) and Ragnarök. The author describes the worship of the elements and trees, details many magical rituals, and shares wild folktales from ancient Europe, such as the strange adventure of Peter Schlemihl and the tale of the Cursed Huntsman. He also dispels the false beliefs that have arisen from the Nazi hijacking of Germanic mythology and from its longtime suppression by Christianity.

Complete with rare illustrations and information from obscure sources appearing for the first time in English, this detailed reference work represents an excellent resource for scholars and those seeking to reconnect to their pagan pasts and restore the old religion.

I gladly accept returns and exchanges

Ship items back to me within: 30 days of delivery

But please contact me if you have any problems with your order.

The following items can't be returned or exchanged

Because of the nature of these items, unless they arrive damaged or defective, I can't accept returns for:

PRIVACY POLICY
Complies with the European General Data Protection Regulation (GDPR) for orders shipping to countries in the EU.

✽ INFORMATION I COLLECT
To fulfil your order, you provide me with information (which you authorised etsy to provide to me), such as your name, email, postal address and details of the product that you’re ordering. You may also contact me directly and choose to provide additional personal information for example; when ordering a custom item.

✽ WHY I NEED YOUR INFORMATION & HOW I USE IT
I rely on certain legal bases to collect, use and share your information:
1. As needed to provide my services, such as when I use your information to fulfil your order, to settle a dispute, or provide customer support.
2. If necessary to comply with a legal obligation or court order or in connection with a legal claim, such as retaining information about your purchases if required by tax law.
3. As necessary for the purpose of my legitimate interests, (if those legitimate interests are not overridden by your rights or interests), such as providing and improving my services, or my compliance and obligations with Etsy Seller Policy and Terms of Use.

✽ INFORMATION SHARING & DISCLOSURE
Your personal information is only shared in very limited circumstances:
1. I share information with Etsy as necessary to provide you with my services and comply with my obligations under both the Etsy Seller Policy and Etsy Terms of Use.
2. Compliance with laws: I may collect, use, retain and share your information if I have a good belief it is necessary to respond to legal process or government requests. 3. Enforce my agreements, terms and policies.
4. Prevent, investigate and address fraud or illegal activity, security, or technical issues.
5. Protect the rights, property and safety of my customers, or others.

✽ DATA RETENTION
I retain your personal information only for as long as necessary to provide you with my services as described in my Privacy Policy. However, I may also be required to retain this information to comply with my legal and regulatory obligations, to resolve disputes and to enforce my agreements. I keep your data for up to 5 years as required by UK tax law.

Retailers/resellers who qualify for a wholesale account will receive a special coupon code that qualifies them for a flat 30% off each purchase with no minimums. Products can be mixed and matched. All store products are available for wholesale.

What Are Your Copyright and Trademark Policies?

All graphics, fonts, and text used in our designs have been properly licensed for commercial use or personally created by us. So you can rest assured we uphold trademark and copyright licensing laws in all of our printed designs. Please inquire within if you have questions regarding specific graphics or items featured in our shop. If you have recently registered or renewed a trademark or copyright for a design we have already been selling, contact us immediately for resolution. Gypsy Dreamer Designs is not liable for penalty or removal of trademarked designs that are considered "dead", expired, out of date or void. All Live and Dead trademarks can be found at: tess2.uspto.gov

0 items in your cart